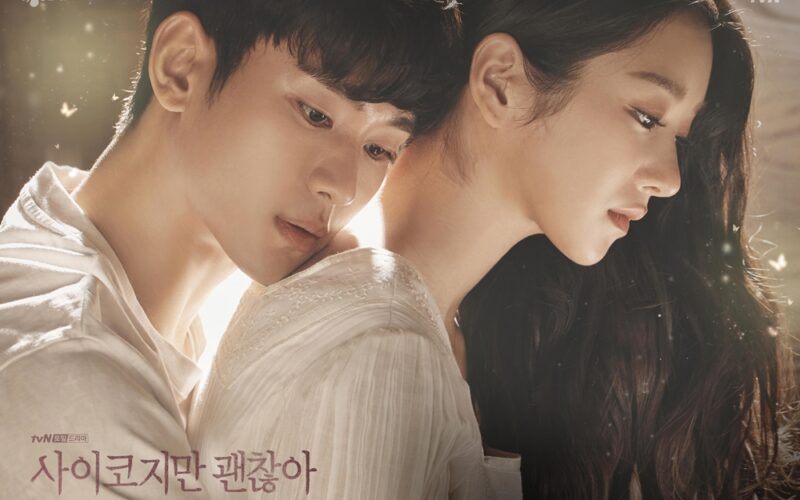 Right now, humanity is being confronted by a terrifyingly potent force, causing a shared universal experience. No one is immune. We’re all living through this global pandemic. COVID-19 is now the third cause of death in the US, after heart disease and cancer, to say nothing of the destruction and loss it has caused our communities and our families, mine included.

Less visible, but just as significant, is the psychological damage we are enduring. When we tuned into the news cycle this past year, we witnessed innocent men and women being killed, protests turning violent and a shocking insurrection overtaking our nation’s capital. The vast majority of us have lived in a state of fear and uncertainty. Around the globe, people are trying to manage their fear by immersing themselves in home-centered hobbies. Meaning, mostly, we’re all glued to our screens. And with the entrance of streaming services, including my own start-up, Conscious Good’s CGoodTV, individuals are spending more time than ever in consuming visual content.

It’s a sad irony then, that the visual content some people choose to binge could in fact be exacerbating their fear and trauma. According to Psychology Today, “no one is immune to the potential of experiencing distress after watching media coverage of trauma especially if videos are involved.” (Ramsden, 2015). As I write this, a few of the top five shows on Netflix include descriptors such as “dark, true crime stories” and “shady global arms dealings,” clearly serving-up more fear and anxiety rather than assuaging it.

It is a core tenet of Conscious Good that if the immediacy and pervasiveness of digital media can spread fear and anxiety, so too can it serve to uplift and transform us individually and as a collective. As the Founder/CEO of a streaming platform that consciously curates as CGoodTV, I’m always on the hunt for hidden gems of conscious media. Thankfully, over the course of the pandemic, my friends and older sisters helped by suggesting films and series from around the globe.

One of the series they recommended was a Korean drama, “It’s Okay to Not Be Okay.” Set in a seaside town’s psychiatric hospital, the series centers on the traumatic experiences and interwoven lives of its care-givers and patients. (Don’t be deterred by the stylistic differences from American content: music on repeat, long held shots and unique (deer?) sound effects.) On the surface the series is a romantic dramedy, uniquely persuasive in showing that men can be both vulnerable and sexy and that sometimes all we need to alleviate our suffering is a good cry. However it was the underlying message, the importance of healing past trauma in order for, “the soul to grow” and the themes of transformation, love and interconnectedness, that made this story resonate on a level deeper than mere distraction or entertainment. It hit me hard in the best possible way.

Written by Jo Young, “It’s Okay to Not Be Okay” starts with the two main characters, care-giver Moon Gae-Te (played by Kim Soo-Hyun) and children’s book author Go Moon Young, (Seo Ye-Ji), both harboring unprocessed trauma. Moon Gae-Te, who lost his mother at a young age, is emotionally shut off, holding on to the false belief that he doesn’t deserve to be happy. Together, Go Moon Young, who is dealing with anti-social tendencies and trauma of her own, and Moon Gae-Te help each other face and transcend their suffering.

Not long ago, we at Conscious Good conducted an audience survey and discovered that, besides strongly valuing spirituality and nature, most of our audience members were healing from trauma, whether from natural disasters, child abuse, sexual abuse or PTSD. When I learned this, I felt deeply grateful to be one of the lucky few who had never experienced such trauma. I placed myself in the “almost” subgroup of “almost everyone.”

While watching the series and its depiction of Moon Gae-Te’s pain, I began to recognize that I indeed had trauma of my own. Like the protagonist, I had buried my own trauma of abandonment so deeply, that I had forgotten it existed, let alone that it remained unprocessed. It took my experiencing the ultimate abandonment – the death of my mother and the rejection of some of my siblings — for me to face this realization. By delving into Moon Gae-Te’s story and his experience, I came to better understand my own story.

Similar to every human being on the planet, my personal story was shaped by my upbringing and family dynamics, most significantly my relationship with my mother, Lona Faun. Coming of age in the 1950’s and as a female Mormon, my mother gave birth to six children in just over five years. (Yes, twins). I was born eight and a half years later. Having had me at an older age, and after so many children, my mother was understandably tired. Fortunately, my older sisters and brother were more than willing to take turns holding and feeding me. But in those long hours when my siblings were at school and my mother busied herself with making the perfect home, I was left alone in my playpen or crib, often crying myself to sleep.

My abandonment wound was compounded when each year, the next sibling of age left to the Mainland for college, until at age 8, I became an “only” child. With my parents and myself in Honolulu and my siblings scattered across the US, our entire family only spent a week together each year. After each year’s final goodbye, I would fall into a depression and count the days until we could be reunited. As I grew up experiencing this repeated cycle of joyful reunions followed by long and deeply felt absences, I unknowingly created a suit of armor to protect my heart and a facial mask that feigned happiness.

Similarly in “It’s Okay to Not Be Okay”, Moon Gae-Te hid behind a figurative mask, as metaphorically told in one of Go Moon Young’s children’s book. Go Moon Young explains that a fairy tale is a stimulant to wake us from our dreams and face reality. This is precisely the role of conscious media and why I launched Conscious Good: to create a community driven media platform where entertainment fuels personal growth and collective transformation.

In order to be effective, conscious stories need to delve into darkness and provoke some discomfort. Fundamentally, the story needs to be well crafted and entertaining, or the audience won’t be able to suspend disbelief and connect emotionally to the characters and their journey. The series “It’s Okay to Not Be Okay” artfully weaves the message into the narrative, so the vitamins and minerals that our bodies need are inseparable from the delicious meal.

Conscious Good and its Creators Network exist to curate and create media that entertains AND positively influences our lives – both in small and big ways. In my case, I owe a debt to a writer halfway across the world in helping me recognize and heal my own trauma. Just imagine what we could achieve if our daily media diet made us more human and more whole?